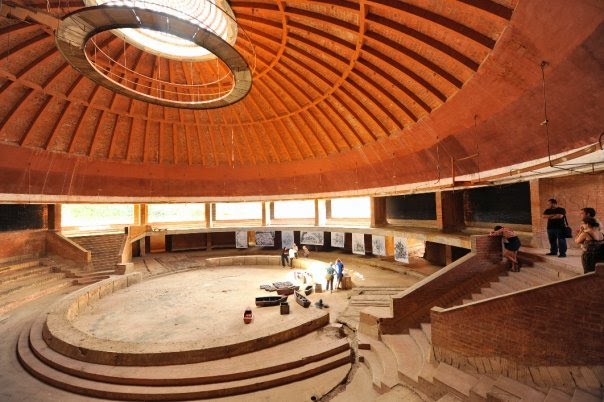 Cuba will count as having the most beautiful academy of arts in the world. – Fidel Castro (1961)

Cuba’s ambitious National Art Schools project, designed by three young artists in the wake of Castro’s Revolution, is neglected, nearly forgotten, then ultimately rediscovered as a visionary architectural masterpiece.
In 1961, three young, visionary architects were commissioned by Fidel Castro and Che Guevara to create Cuba’s National Art Schools on the grounds of a former golf course in Havana, Cuba. Construction of their radical designs began immediately and the school’s first classes soon followed. Dancers, musicians and artists from all over the country reveled in the beauty of the schools, but as the dream of the Revolution quickly became a reality, construction was abruptly halted and the architects and their designs were deemed irrelevant in the prevailing political climate. Forty years later the schools are in use, but remain unfinished and decaying. Castro has invited the exiled architects back to finish their unrealized dream.

Unfinished Spaces features intimate footage of Fidel Castro, revealing his devotion to creating a worldwide showcase for art, and it documents the struggle and passion of three revolutionary artists whose inspiration and ideals could ultimately destroy them.

FREE admission with suggested donations to Pastors for Peace. Sponsored by the May Memorial Social Justice Committee and Caribbean Latin America Coalition.